Graphite has been mined in the region around Kropfmühl for some 2,500 years. The Celts initially used the ore to produce fire-resistant and water-proof containers. As the Celts moved on, so did their knowledge of extracting and refining graphite in the Bavarian Forest. And it wasn’t until the Middle Ages that farmers once again began to intensively look into the shiny grey material once more and excavate earth containing graphite in their fields. 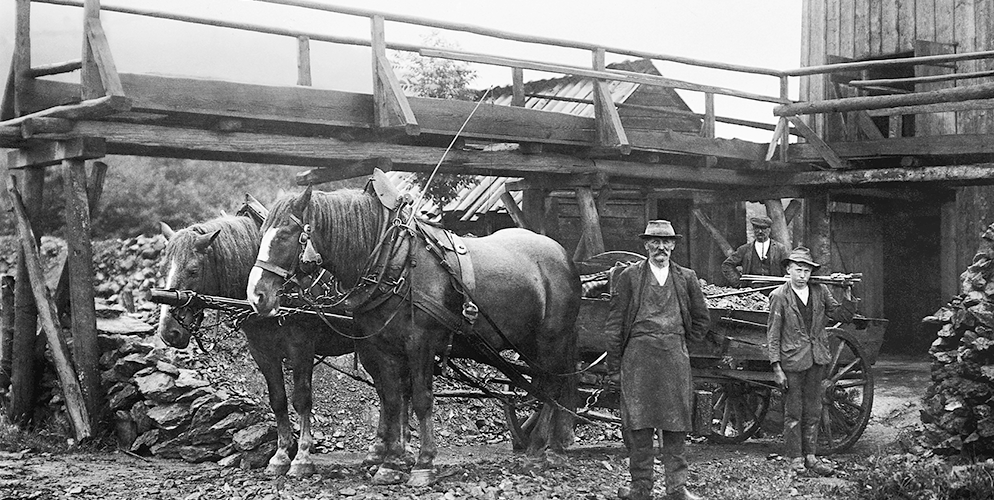 The ore helped many farmers achieve considerable riches. The industrial revolution at the beginning of the 19th century, however, transformed agricultural Germany into an industrial state and saw rural graphite mining replaced with professional extraction operations. With the founding of the German Empire in 1871, the GK Group was born.

Industrial interest from major German corporations such as Thyssen Krupp and Rütgers in graphite from Kropfmühl.

Shutdown of the graphite operations after constant expansion of the plant from 1939 onwards due to the importance of graphite for the defence industry.

Use of modern process technology to obtain higher degrees of purity. Search for graphite deposits worldwide.

Development of a deposit in Rhodesia (now Zimbabwe) as part of a joint venture with a domestic partner. Opening of a plant in Wedel near Hamburg for the storage and processing of imported raw materials.

Acquisition of the graphite-based lubricant and separating agent manufacturer Edelgraphit GmbH in Bad Godesberg and expansion of the fine grinding system at the Kropfmühl plant.

Investment in the Bogala Mine in Sri Lanka.

Secured another source of raw materials in Asia by establishing a joint venture in China – Qingdao Kropfmuehl Graphite Co. Ltd.

Establishment of a competence centre for graphite at the Kropfmühl site alongside the expansion of the research and development department.

Resumption of mining operations in Kropfmühl after seven years of standstill.

Re-commissioning of a decommissioned graphite processing plant in Mozambique.

Expansion of production capacities and forward-looking investments at the Kropfmühl site.

Construction of a dispersion plant in Kropfmühl.